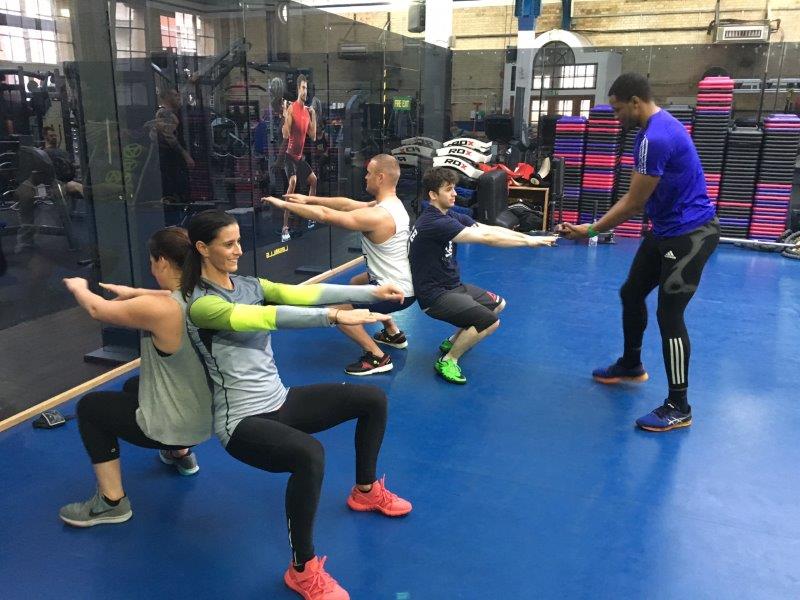 GB Triple jumper, Nathan  Fox, took time out from his own training this week, to put Jubilee Hall Trust (JHT) staff through their paces! The 45-minute session included a long series of leg power exercises that will certainly leave the team feeling sore the next day!
Nathan is JHT’s Athlete Ambassador and his winter training is aimed firmly at the key European indoor events starting in the New Year. After injuries had stalled his progress as a junior, Nathan is hoping to progress this year and to compete in the World Athletics Championships at the London Olympic Stadium next summer.
The training workout at Jubilee Hall concluded with some standing triple jumping which tested the staff’s co-ordination and balance, as well as their competitive streak. Fitness Manager, Donna Forbes, proved the best of the bunch, drawing on her dance background to leap the furthest (apart from Nathan!).
Club Manager, Oliver Deen, said:
‘Its fantastic to have the opportunity to train alongside a top athlete like Nathan, and to see first-hand how difficult his sport is. We look forward to welcoming him back soon!’