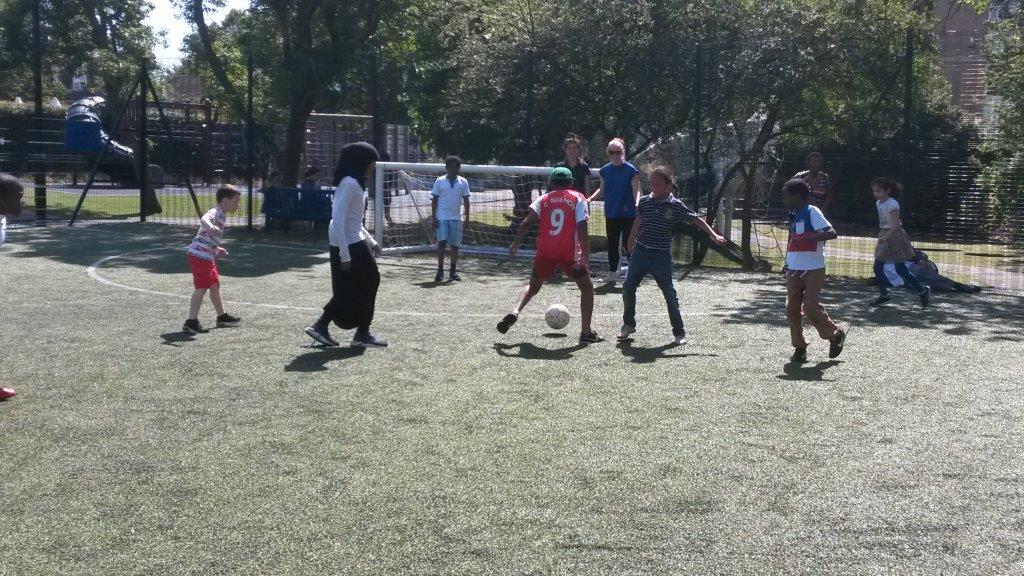 Jubilee Hall Trust (JHT) has been selected as a finalist in two categories at the annual Sporta awards 2017. Sporta is the national association of leisure and cultural trusts, and its members operate a third of all public leisure centres in the UK with a combined turnover of more than £1billion.
JHT’s former Chair, Steve Cabrera, is a finalist in the Trustee of the Year category, in recognition of his outstanding 11 years’ service to the charity. Steve was responsible for creating a number of successful partnerships with organisations such as the Big Dance and the NBA, whilst also overseeing a time of significant growth.
The charity has also been nominated for the Successful Partnerships award for the summer energy club at Torriano School in Camden. The programme delivered five weeks of fun physical activity sessions utilising the school’s Active Spaces playground, and was visited by 146 different children from 11 different local schools. Whole families were encourage to attend, with activities such as healthy cooking lessons laid on for parents as well as children.
The Sporta judging panel, led by Professor Ken Fox, Emeritus Professor, Exercise and Health Sciences at University of Bristol, sifted hundreds of entries from across the country before deciding on their finalists. The awards offer a chance to champion and showcase the outstanding achievements of trusts over the last year, and this year’s ceremony will promote the unique and distinctive nature of the charitable social enterprise model.
The winners will be announced at a gala awards night, hosted by BBC TV presenter Andrew Cotter, on Wednesday 17th May at the ballroom at Sheffield City Hall.