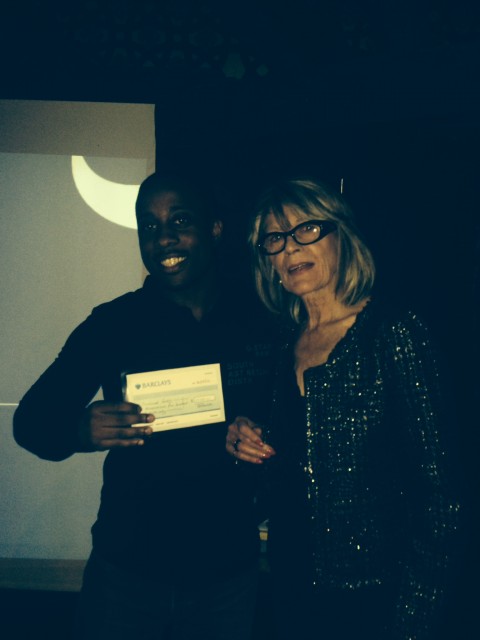 Jubilee Hall Trust’s annual Staff Oscars were held on 16th May at a new venue, the Phoenix Artist Club and were attended by a large number of staff as well as one of our longest-serving Trustees, Jo Weir, who presented the awards. Our guest speaker on the night was Jon Stemp, a member of the senior management team from Premiership Champions, Manchester City FC. 17 different staff were nominated by their peers for awards and the winners were:
Jubilee Hall – Anthony Morrison
Westminster Gym – Janelle Phillips
Colombo Centre – Lorna Cummings-James
The Armoury – Cristina Todirut
Class Teacher of the Year – Klaudia Bandola
The Overall Winner was Emmanuel Rentoz from The Armoury, who was described as: ‘ a big support’, ‘ a good example and professional’ and ‘thanks to him, the reception team rocks!’
A Special Award was made to Jubilee Hall personal trainer Neil Laybourn, for his selfless act in saving a young man from committing suicide from Waterloo Bridge.
Congratulations to all of our award winners!