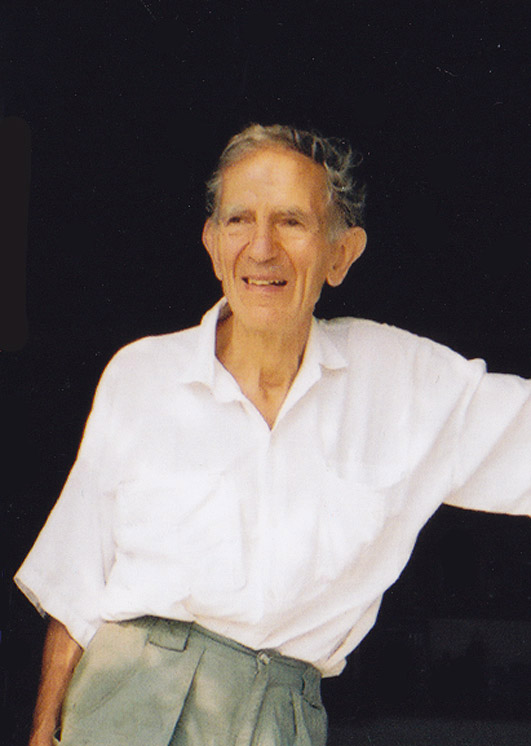 On Saturday 10th May, there was a service of thanksgiving for Alec Kazantzis, one of Jubilee Hall Trust’s founding Directors, who died on 11th April, aged 85, after a fall. Alec was a lifelong campaigner for good causes and everyone who met him remarked on his great charm and kindness which, together with his sharp mind, made him excellent company.
Alec was born in 1929 in London to parents who had originally come to England from northern Greece. When a student at London University, where he studied Russian, he came across a queue of people waiting to sign up as film extras and so he joined them, hoping that it might help to pay him through his studies. He was lucky enough to get his Equity card and some part-time acting work – usually as a Roman Legionnaire for some reason – and he even appeared in the background of some of the ‘Carry On’ films which were made at Ealing Studios, close to where he lived at the time.
After graduating in 1950, Alec became a lawyer and worked initially for a Greek shipping company, but also worked as a highly respected maritime arbitrator and became one of the first members of the London Maritime Arbitrators Association, and later it’s President from 1989-1991.
Although law was his profession, politics was his passion and he was an ardent supporter of the Labour party standing twice for election as an MP and eventually becoming a member of the Greater London Council and Inner London Education Authority from 1970 to 1978.
He was a driving force on the GLC Covent Garden committee and was responsible for opposing plans to bulldoze the Market, ultimately saving Jubilee Hall and founding the charity to manage the sports centre, which first opened its doors in January 1978. He was Chairman of Jubilee Hall Trust for more than 25 years and remained a Trustee and non-executive Director right up until his death. He got involved in many other campaigns including the A27 action group, an environmental group which successfully fought to preserve the countryside in East Sussex where he had a home, and helped his partner Jane Cochrane – also one of Jubilee Hall Trust’s Trustees – to save and restore St Stephen’s Church, where his memorial service was held.
His wise counsel will be sorely missed by all of us at Jubilee Hall and our sincere sympathy is extended to his family and many friends.