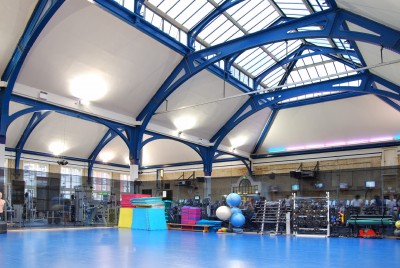 Jubilee Hall Trust has embarked on some significant improvements at two of its sites after customer feedback in their last member survey.
At Jubilee Hall in Covent Garden, the iconic club based in the central Piazza is to get a new hot water boiler system installed over the summer. The works have been long-planned but delayed due to listed building and planning considerations. The works are scheduled for completion in July, and will be followed by upgrades to the men’s changing rooms which will include new floor and wall tiles, new fittings, new ceiling and lighting and an increase in the number of showers from 6 to 8.
At the Westminster Gym, another long-awaited project is starting in June with the strip out and refitting of the entire gym. The works, which are due to complete in September, will include the refurbishment of the main gym space and changing rooms, and the creation of a new spinning studio and treatment rooms. The gym will remain open throughout the works, although some facilities may not be available for the whole 14-week period.
Jubilee Hall Trust Operations Director, Jon Giles, said:
‘ These two projects demonstrate that we listen to our customers and aim to drive improvements that benefit them directly. We appreciate that there may be some disruption during the programme of works, but we have timed them so that this is minimised. I am sure that the new facilities will restore the ‘wow’ factor for members and ensure that Jubilee Hall Trust continues to deliver a high quality service at an affordable price.’